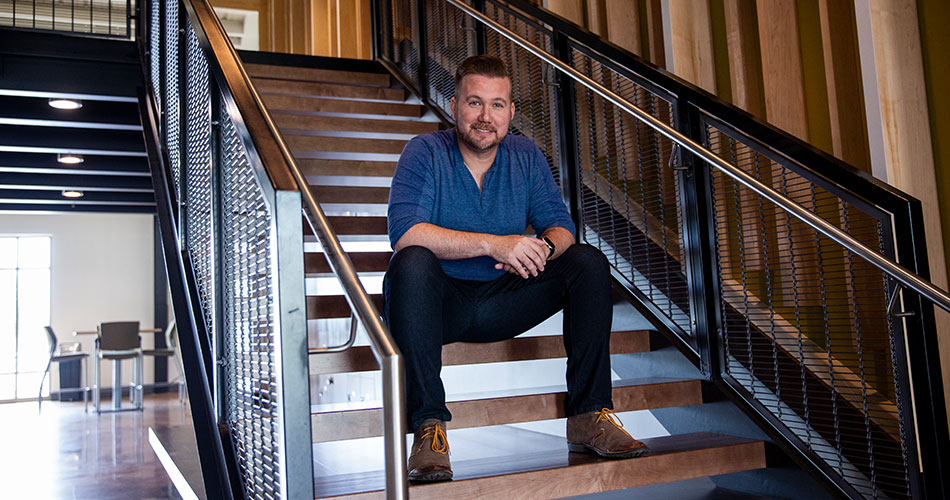 When Dr. Ryan Longnecker (MAT ’10, Ed.D. ’13) looks back at his career in education, he can identify a Trevecca alumnus at every major turning point.

“Every big move of my professional career can be traced back to a Trevecca person,” he says. “The person who hired me for my first teaching job was a graduate of the first cohort in the doctoral program. The reason I got my principal job was ... [a Trevecca connection]. I then became a supervisor, hired by a mentor who was a professor of mine in the doctoral program who was also a graduate.”

It’s because of that heritage and what he calls the “community culture” that Longnecker, now serving as the program director of Trevecca’s online doctorate in leadership and professional practice, feels deeply connected to the University. That’s why last summer, when Longnecker heard about Trevecca’s Build a Bridge summer giving campaign, he knew he had to get involved.

“I may never meet the people who benefitted from my gift,” he says. “I’ve been involved with Trevecca for the past 15 years and that culture, it just gets into you, it gets into who you are through the people. You can’t be around people who are that good and who believe in Trevecca that much without it becoming part of who you are.”

Longnecker realizes that an individual gift may feel small, but says that’s why campaigns like Build a Bridge are important.

“A lot of people think ‘I can only give this much and that won’t make a difference,’” he says, “but if enough people give what they can, then it becomes this massive thing.”

For Longnecker, giving to the Build a Bridge campaign was about sharing the blessings he’s experienced as an alumnus with current Trevecca students.

“The culture of this place, the culture of the Hill, just digs into you,” he says. “You start to realize, ‘I am such a blessed individual’ and many of those blessings are because of people at Trevecca. The past with Trevecca has built my present and is looking toward a future where I’m in purple and white until I retire.”

Want to give to help Build a Bridge for a Trevecca student?