Trevecca Nazarene University is kicking off the new year with something to celebrate. The University can once again claim the title of fastest growing university in Middle Tennessee.

According to data gathered by Carol Smith for the Nashville Business Journal and published in the Journal’s 2018-2019 Book of Lists, Trevecca leads all other Middle Tennessee four-year universities in student growth from fall 2017 to fall 2018. The University’s total enrollment grew by 8.5 percent growth from year to year.

Each year, the Nashville Business Journal publishes a list that ranks local universities according to total enrollment. By comparing the 2018-2019 list with previous year’s findings, Trevecca officials determined the University garnered more net student growth than any other comprehensive college or university included on the list.

Trevecca first held the title of fastest growing university in Middle Tennessee during the 2016-2017 academic year.

By comparing historical data from previous year’s lists, Trevecca officials also discovered the University is also one of the leading institutions in Middle Tennessee when it comes to net growth of undergraduate students. In a four-year period from fall 2015 to fall 2018, Trevecca added 1,287 undergraduate students, more than any other comprehensive institution included.

The 2018-2019 Book of Lists and the data it contains can be accessed via the “Store” tab at www.NashvilleBusinessJournal.com.

Trevecca is set to celebrate this achievement and more in the upcoming President’s Report. The 32-page report, title To Be More, will detail University achievements, innovations, influences, financial reports and more. The President’s Report will be released in late January. 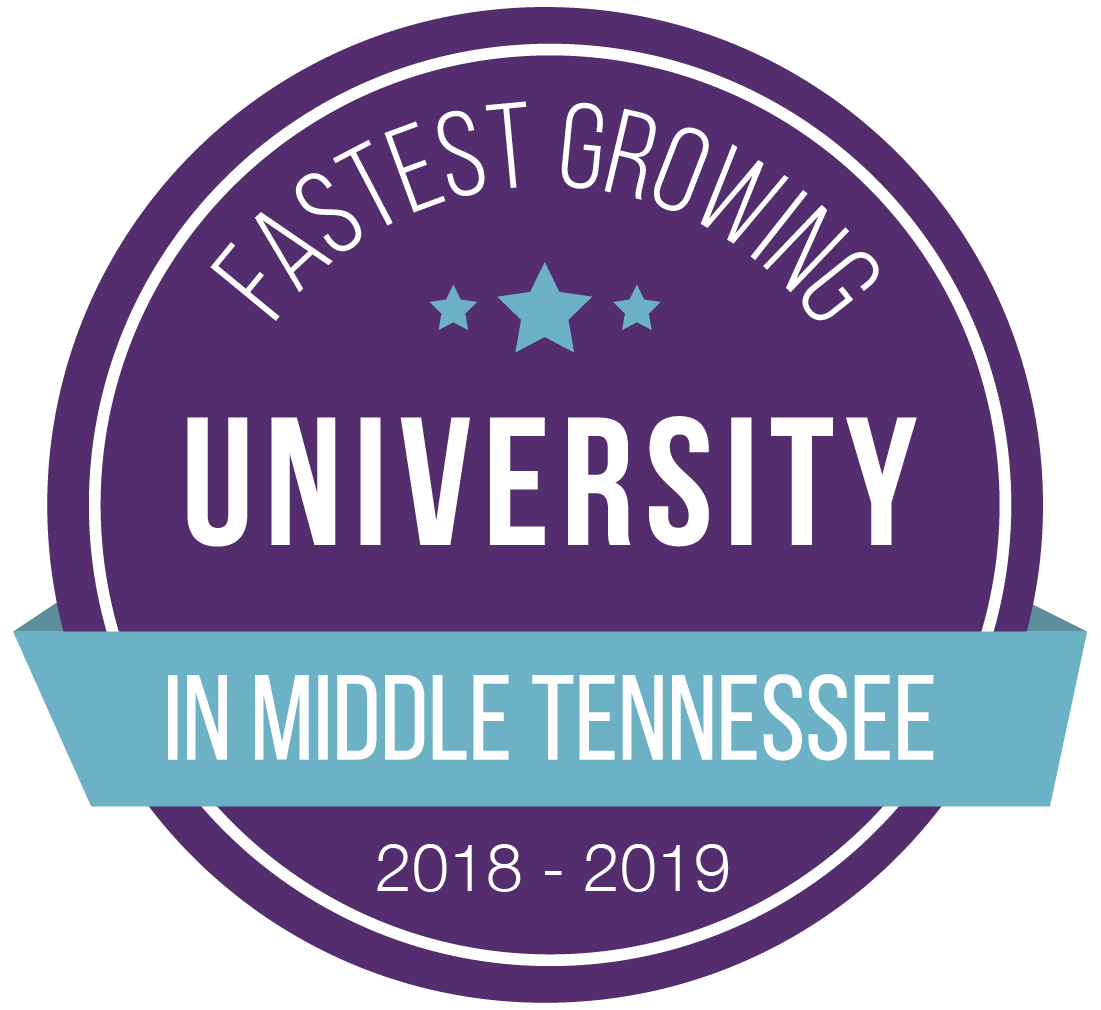 Trevecca Nazarene University is a Christian university in the heart of Nashville focused on preparing students for lives of leadership and service. Founded in 1901, Trevecca is committed to holistic education, encouraging students to grow intellectually, socially, emotionally, physically and spiritually. U.S. News & World Report ranked Trevecca as a national university in the annual “2019 America’s Guide to Colleges,” making the University the only Nazarene institution to receive the national ranking. In 2016, the Carnegie Foundation classified Trevecca as a doctoral university, ranking it among the top 7 percent of schools nationwide.

Located just one mile from thriving downtown Nashville, Trevecca offers classes at the main campus as well as four other locations across the Southeast and online classes offered worldwide. With students from 47 states and 25 countries, Trevecca offers 15 associate degrees, 83 undergraduate majors, 20 master’s programs, and two doctoral programs, as well as specialist and certificate programs.